When Disney created Fantasia in the 1940's there was apparently a phase in the preparation in which it was considered which stories and pieces to use.
There were a number of proposals that did not make it in the movie. I had never heard about anything besides Debussy's Clair de Lune that was animated but never included. But on the Disney Wiki there are sketches of those proposals, and some of them are beautiful.
Most striking I find the ones for The Swan of Tuonela, a piece by Sibelius based on the Kalevala. So it's not surprising that it is very Tolkien-like in its atmosphere and symbolism; in fact, it reminded me of a blend between The last ship and the ship-burial of Boromir at the Rauros falls: 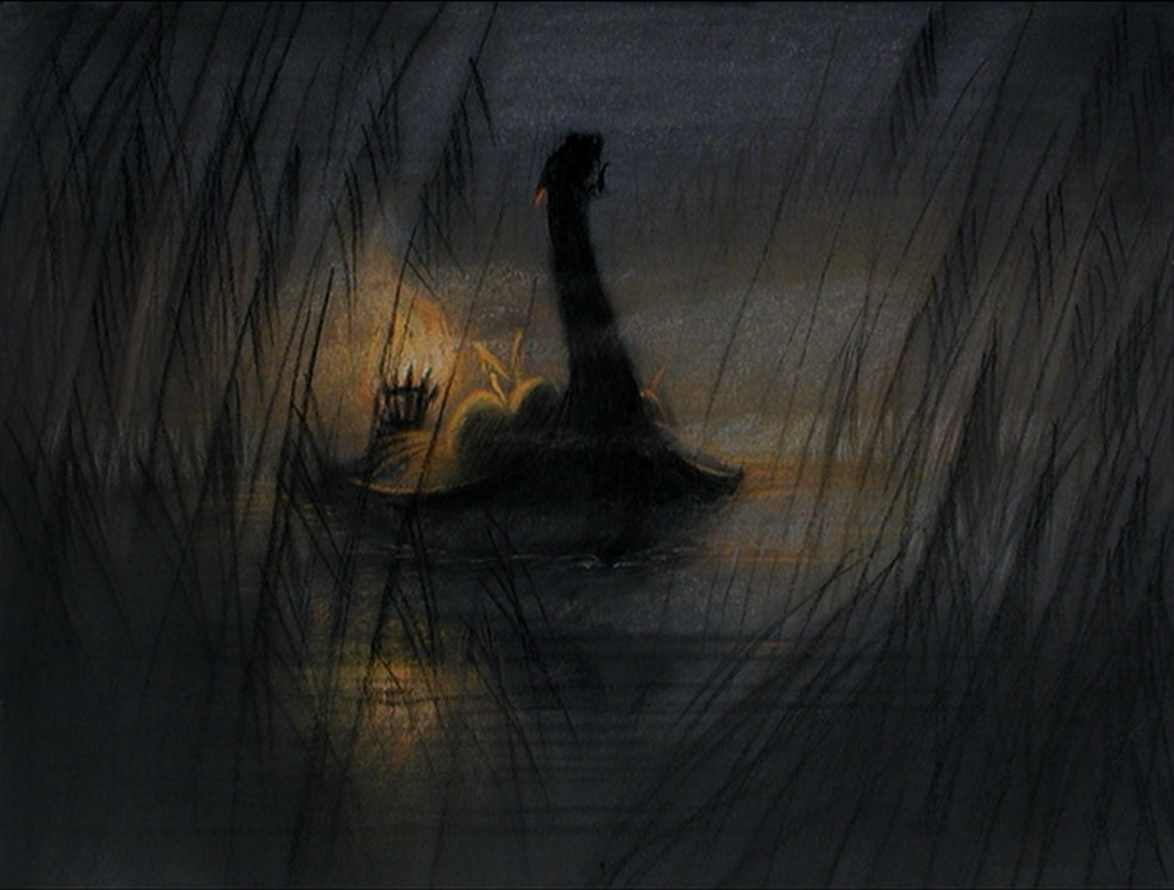 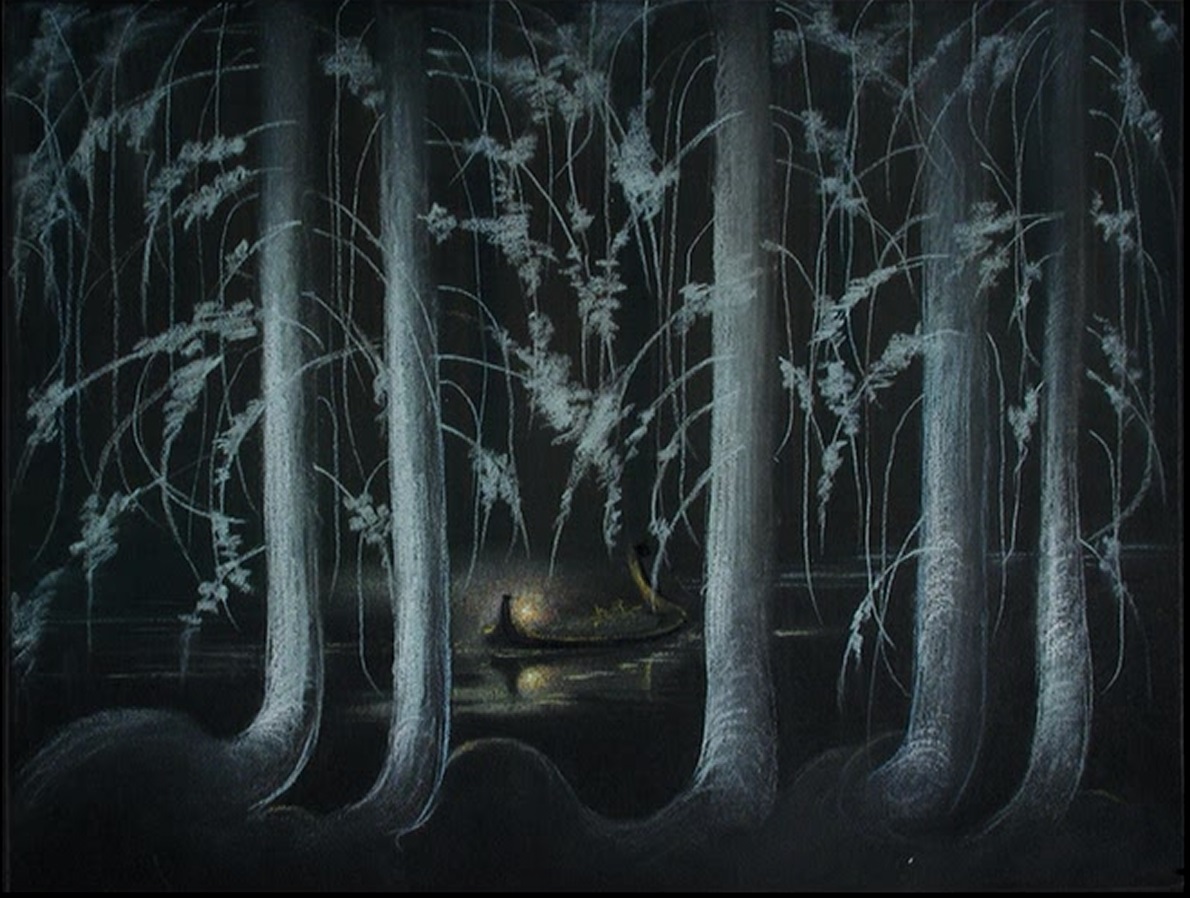 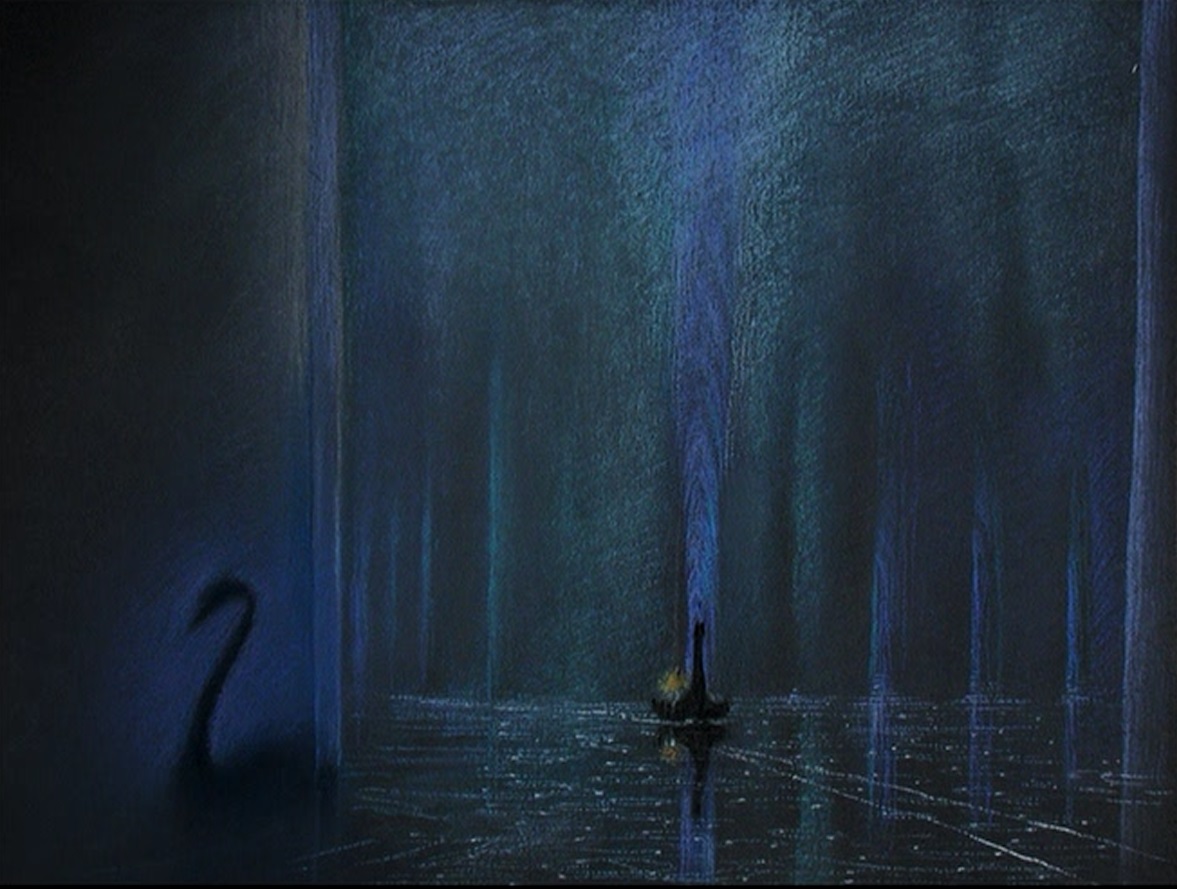 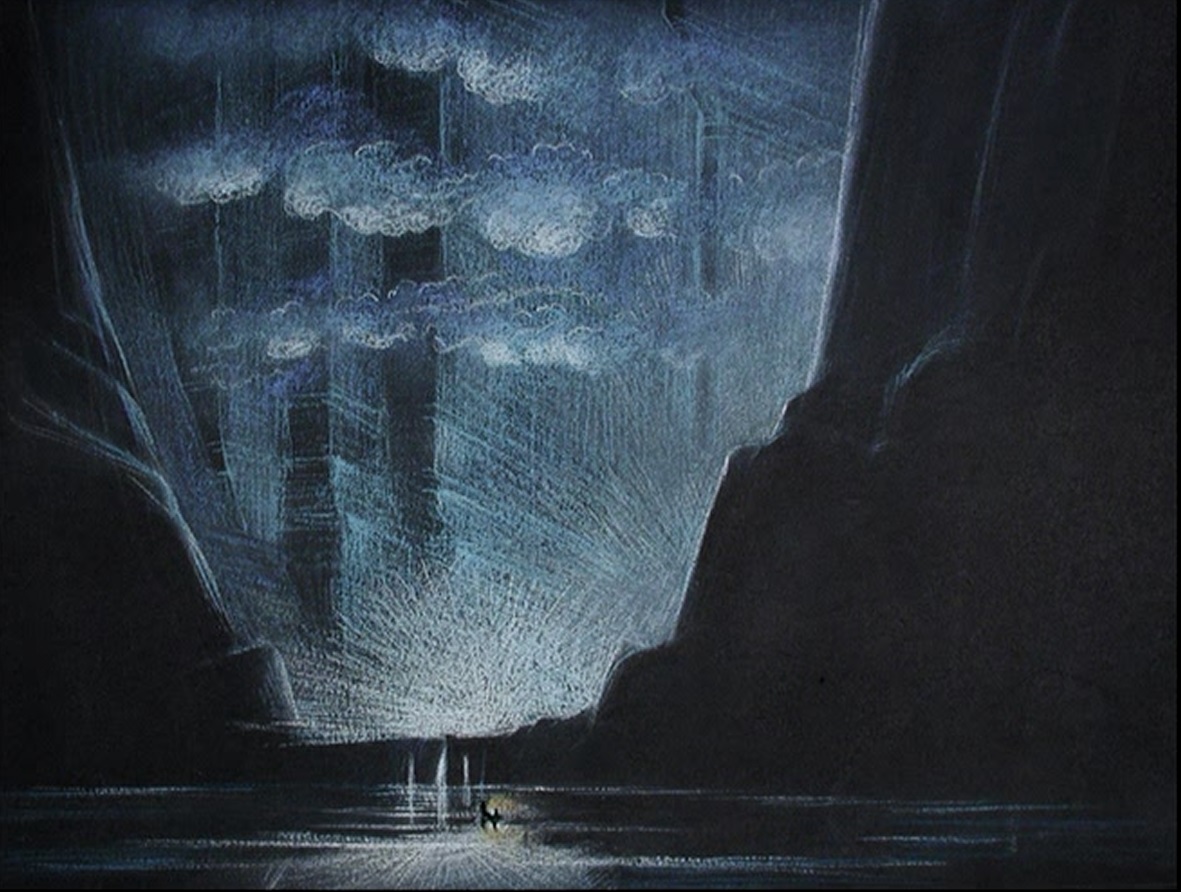 I wasn't aware, before now, that there were any planned sequences that didn't make it into the final movie.
Top

Indeed, there are a few others as well, even a fully animated one on Debussy's 'Claire de Lune' - left out because the movie would be too long; one other piece was to be based on Wagner's 'Ride of the Valkyeries' but quickly abandoned when they found out that Wagner was Hitler's favourite composer; plus a couple of more down-to-earth ones like "adventures in a perambulator": the world as seen from the perspective of a baby in a pram.

Which also was the first time ever I came across the full original word "perambulator" for "pram". And indeed that word makes a lot of sense - apparently a neo-Latin construction using _per_ "about, around" (guessing here) and _ambulare_ "to walk" (''Marcus et Aurelia im (in?) hortem ambulant. <forgot> Aurelia videns serpent!" - Marcus and Aurelia walked in the garden. Suddenly Aurelia sees a snake!)
A! Elin velui, dîn dolog, aduial lúthad!
Top

Oh and the most remarkable one I found was "Destino", a collaboration between Salvador Dali and Disney started on in 1945, and finally realised in 2003!

Elucidation: "a kind of Tiger-Cylon" --

That does make some sense, indeed. It reminds me of a SF story I once read where people ran into 4D life forms that seemed to pop in and out of space at will; if you imagine what a human body must appear like to a 2D entity as it intersects with its 2D universe - that'd be mighty odd as well. If you stretch out your hand o that your fingers intersect with it, it appears as if a couple of circles appear out of nowhere.
Push your hand further and the circles merge into a vaguely bean-shaped thing (cross section of the hand), then to an ellipse of shifting size and shape (the arm), and then explodes into a much larger irregular form (the body). It would be most unsettling to an entity that has no concept of a higher dimension.

Some of his paintings are also very much "Alice-in-Wonderland-syndrome-provoking, such as the one with the elephant on those very thin thread-like legs.
A! Elin velui, dîn dolog, aduial lúthad!
Top
Post Reply
7 posts • Page 1 of 1